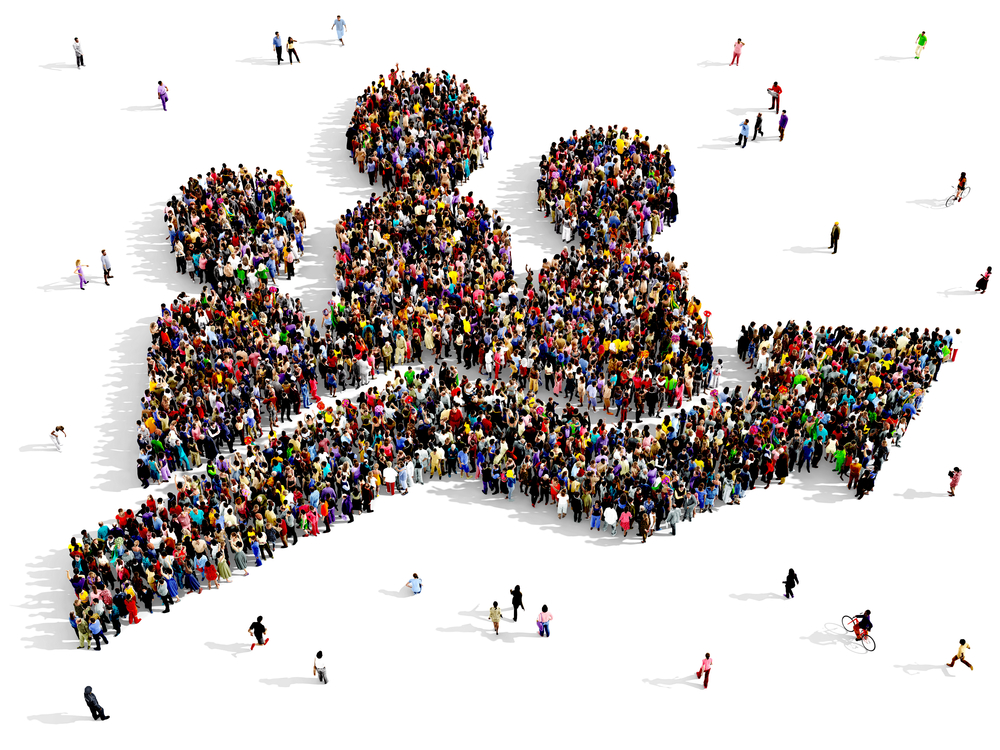 Studies have shown that by 2050 the world’s population will increase 13%, adding another 2.5 billion people to our cities. This is considerably challenging and needs to be urgently addressed.

Two centuries ago, there were about one billion people on earth. Nowadays, that number has increased to 7 billion. According to Our World in Data, between 1900 and 2000, ‘the increase in world population was three times greater than during the entire previous history of humanity—an increase from 1.5 to 6.1 billion in just 100 years.’

It does not exactly mean that humans have been multiplying. It means more infants are surviving and people are living longer which is, great news. Even though, with smaller populations the living standards are definitely easier to improve, knowing that this population growth is going to happen can help us plan for the smart and sustainable cities that we want in the future.

According to the Entrepreneur James Liang, demographics have a huge part to play in innovation. He affirms that high populations not only mean more researchers, but also, a larger domestic market for budding innovators to sell to. Moreover, the agglomeration factor is also important for innovation- in his perspective, as cities and hubs benefit from the concentration of talent and resources in one place.

In other words, demographics can teach a lot to our urban planners, and population should not be something to fear but something that inspires us.

In this situation, the concerning part is actually not growth, but the increase in consumption that comes with it. It is not a ‘population explosion’ that we should worry about but a ‘consumption explosion’, according to global consultants McKinsey.

If people are going to live more and the population will continue to grow, what are we going to do to make these longer lives better? We can start by building industries and cities which are more sustainable and where the use and consumption of this larger number of people do not have a negative impact on our planet. As we have stated before, at EYESAFE we believe it is necessary to create an environment that contributes to the sustainable development of our cities and our planet. Therefore, we constantly work to create tools that result in smarter mobility ecosystems.

A smart and sustainable city uses information and technology to improve the quality of life and the efficiency of urban services while making sure that the popular needs of present and future generations are satisfied. These cities encourage its inhabitants to adopt smart forms of consumption such as using energy efficiently, recycling or car sharing.

The time has come for planning a brighter future. Population must be at the core of these new ideas since its growth is certainly going to change the way we interact and consume. Are you ready to build a better future for the new 2.5 billion people that are coming? At EYESAFE, we are!

___ No Copyright infringement intended. Video Unknown Direct for credits/issue email us at info@18.132.118.171 | Respect to Photographers

Cookies are small text files (data files) that our website or the services provided for us or by other companies put on your computer. The information in them helps us to improve your experience when using our website. Many of our cookies are deleted when you close your web browser. None of our cookies contain any of your personally identifiable information. Because you are using our website, we assume that you are happy for us to use cookies in this way.

If you are not happy, then you should either not use our website, set your web browser to not accept cookies from http://18.132.118.171 or use your web browser’s anonymous browsing setting (this is called ‘Incognito’ in Google Chrome, ‘InPrivate’ in Internet Explorer and ‘Private Browsing’ in Firefox). For more information on cookies, how to control the use of them in your browser and how to browse the internet anonymously visit the All About Cookies website

We will not provide technical support to visitors/users of www.eyesafe.london who choose to decline cookies and then encounter issues with using of our website.

3. To store your preferences

Session Cookies: We use a number of session cookies to provide functionality including, but not limited to, remembering who you are when you have logged into our website, to identify you when you move from one EyeSafe system to another, to greet you by name on screen when you are logged in, to optimize the effectiveness of our web servers. We consider these cookies to be strictly necessary for the secure and efficient operation of our website and all of its pages/posts and to make your experience of using them easier and quicker. If these cookies are blocked or disabled, then much of the functionality of our systems will be broken.

Persistent Cookies: We use a number of persistent cookies to provide functionality including, but not limited to, returning you back to the point where you were logged in into your account of one of our website services, to show you content you had looked at on a previous visit to make it easier to find it again, to make sure you are only invited to complete a web survey occasionally and that you don’t see alerts or messages repeatedly during a single web visit. If these cookies are blocked or disabled then our systems will still be usable, but the user experience will be severely degraded.

Google Services cookies: This cookie is used on a small number of pages on the EyeSafe website to track the effectiveness of our Google Ads (AdWords), Google Analytics and Google Console.

Social network cookies: Some pages on our website contain social network ‘share’ or ‘like’ buttons. The social network may set a cookie (or cookies) on your PC when you click on one of these buttons. In order to implement these buttons on our website we use code which is hosted by the relevant social network. If you are a member of some of these networks, they may use this code to track that you have visited our website whether you click the buttons or not. EyeSafe website does not control these cookies or the underlying code. You should check the privacy statement of the relevant social network before clicking them and/or to find out how they track their members’ behaviour using these elements and how to opt out of this functionality.

This is an non-necessary category.

You can disable these cookies as per your choice.